The “virtual audience” of the Italian Cup Final 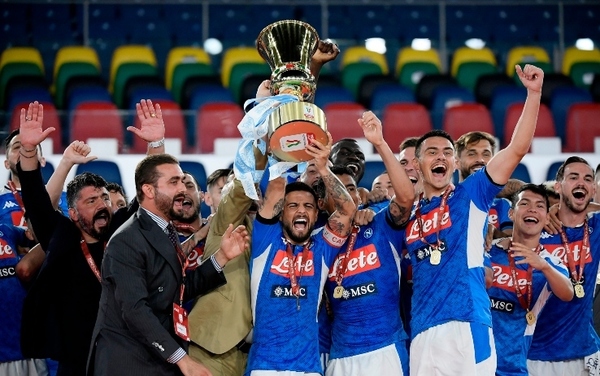 Napoli won, as the trophy is known, with the victory over Juventus, but the game was played behind closed doors without fans in the stadium, the live broadcast of the Infront world feed provided viewers with a background populated with the colors of the two clubs , the competition logo and the Italian flag, but also the silhouettes of the fans sitting in the stands.

Massimo Magrì , responsible for the virtual advertising of Infront, writing on the Infront blog, says that the service works both as a marketing tool and as a new way of interacting with fans at home.

“We replaced the empty armchairs with an animated choreography of supporters,” , he explained. “You don’t see people’s faces, you see them with cards in hand to create a collective image. We had a playlist: club logos and colors, Italian flag and sponsor. It was a first experiment. There will be a evolution in the coming months, and this will also reflect the reactions of the fans at home “. 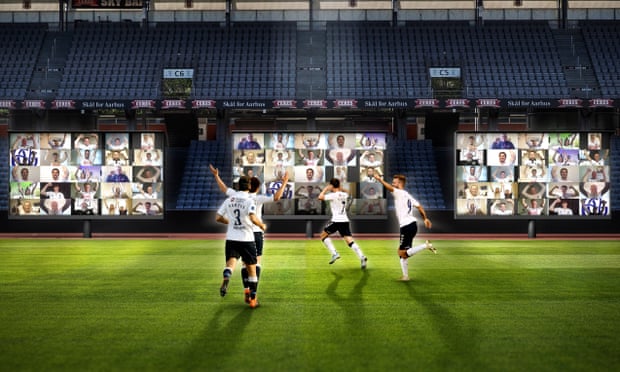 Magrì says that it is possible to display a number of different things in the virtual background, not just the virtual supporters. Cite examples of “static image, animation or something interactive” . You can also post social media feeds or even stream a Zoom call with supporters, as already experienced in Denmark.

The service uses Vizrt’s Viz Eclipse technology for overlays. A technology that has reached excellent levels of definition and precision already widely exploited in the latest video games, which are increasingly “realistic” and engaging.

The Danish experiment : get the fans involved via Zoom